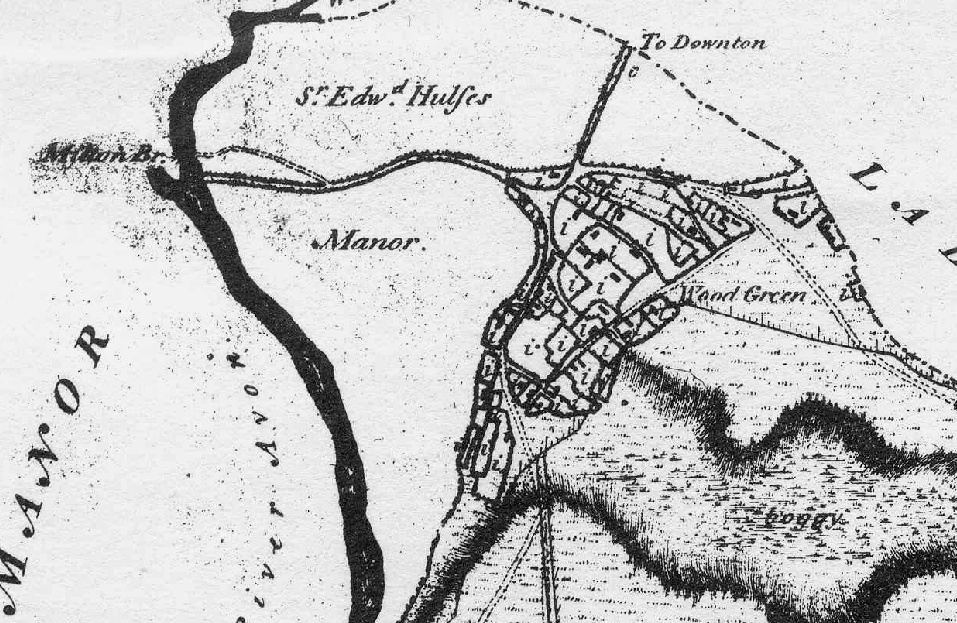 Faced with ongoing lawlessness and encroachment across the Forest, the Government ordered the detailed mapping and collection of information on all buildings, their inhabitants and occupations, the length of tenure and any dues payable.

Four surveyors, two of whom were the brothers, A and W Driver, effectively produced a new “Domesday Book” which was used by The Court of Claims in 1801 to investigate the rights of those living in the village to remain – or not.

Much of the evidence, of varying reliability, was given by the oldest inhabitants. Most judgements were lenient, and life in Woodgreen continued much as before, only now with at least a semblance of legality.

Note: the letter ‘i’ indicates parcels of land taken illegally from the Forest and subject to the Court of Claims.