Got a burning question about local history? Or a mysterious old photo? Let us post it to the wider community and see if we can get some answers for you. Send your questions, comments and, hopefully, some answers to history@woodgreenshop.org. 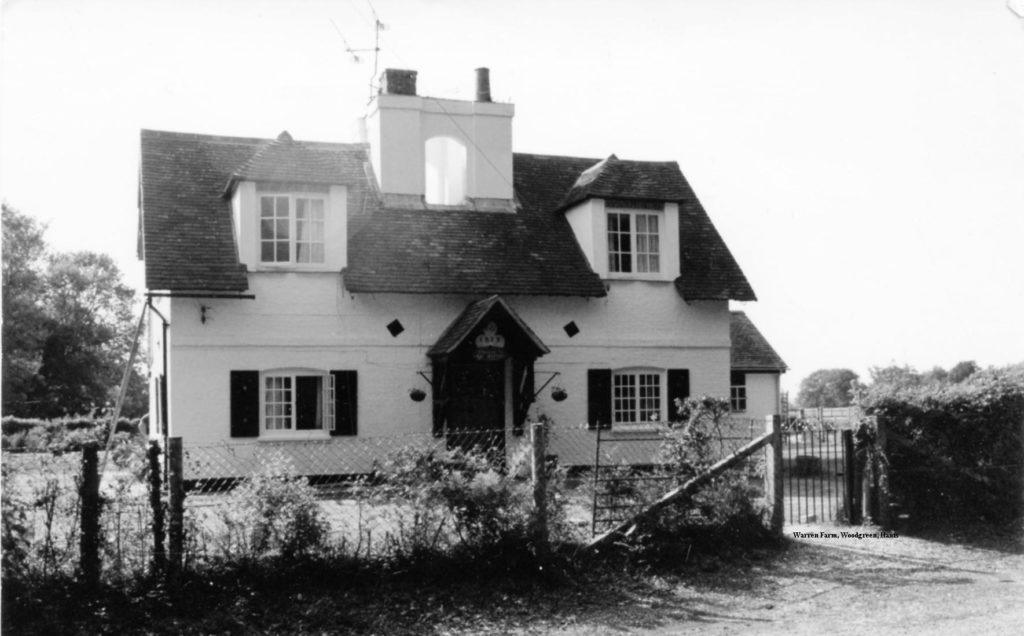 We wanted to feature a photo of the Picket Well for our 2019 calendar. This got us thinking about it. What is it really? Why was it built?

I had a look on some old maps and it only appears around about 1910-20. Before then, there was just a spring/pond at the corner (it’s still there) and that is reputed to have been used as a water supply for the estate’s stables. The 1908 map features a large reservoir created in Newman’s Copse and a new track laid to it. No sign of Picket Well though. However, by 1924, Picket Well is marked on the map and there’s a small building by the reservoir dam in Newman’s Copse marked ‘Hydraulic Ram’. Hydraulic rams were often used by country estates to give some umph to their fountains but it could just as well have been useful to flush the loos. A little more digging and I found that it had been installed by Green & Carter of Winchester and the company (yes, it’s still going!) confirmed that they carried out the installation of the hydraulic ram, reservoir and pipework for Lady Adela Goff – but had no further details. They doubted whether Picket Well was part of the works. Lady Adela Goff died in 1911 so it was probably built between 1905 and 1911.

So we now have two mysteries. What was the purpose of Picket Well? Where did the water from the reservoir and hydraulic ram go?

Remains of reservoir in Newman’s Copse: