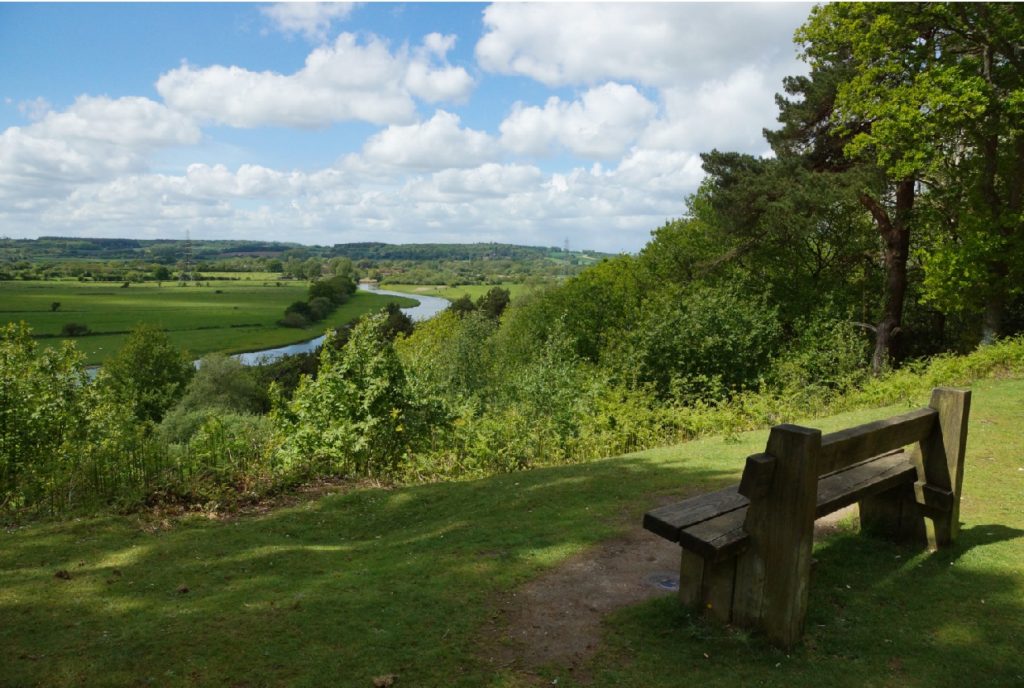 Castle Hill has always been seen as a strategic, and picturesque, viewpoint.

Palaeolithic handaxes have been found in abundance in Woodgreen’s gravel pits and Iron Age and Roman finds were discovered at Armsley to the south.

The ‘castle’ itself has been greatly damaged by 18th and 19th century quarrying. It comprises of an oval ring motte with an outer bailey, overlaying an earlier Iron Age hillfort, possibly adapted for the siege of Downton in 1148 during the ‘first’ English civil war between Stephen and Matilda.

The fine views over the Avon Valley and the easy access to the Forest has led to Castle Hill being a tourist attraction for the last 200 years. It has been a venue for countless picnics, services and parties. It was especially popular for Methodist gatherings in the late 1800s and these often attracted hundreds of people. 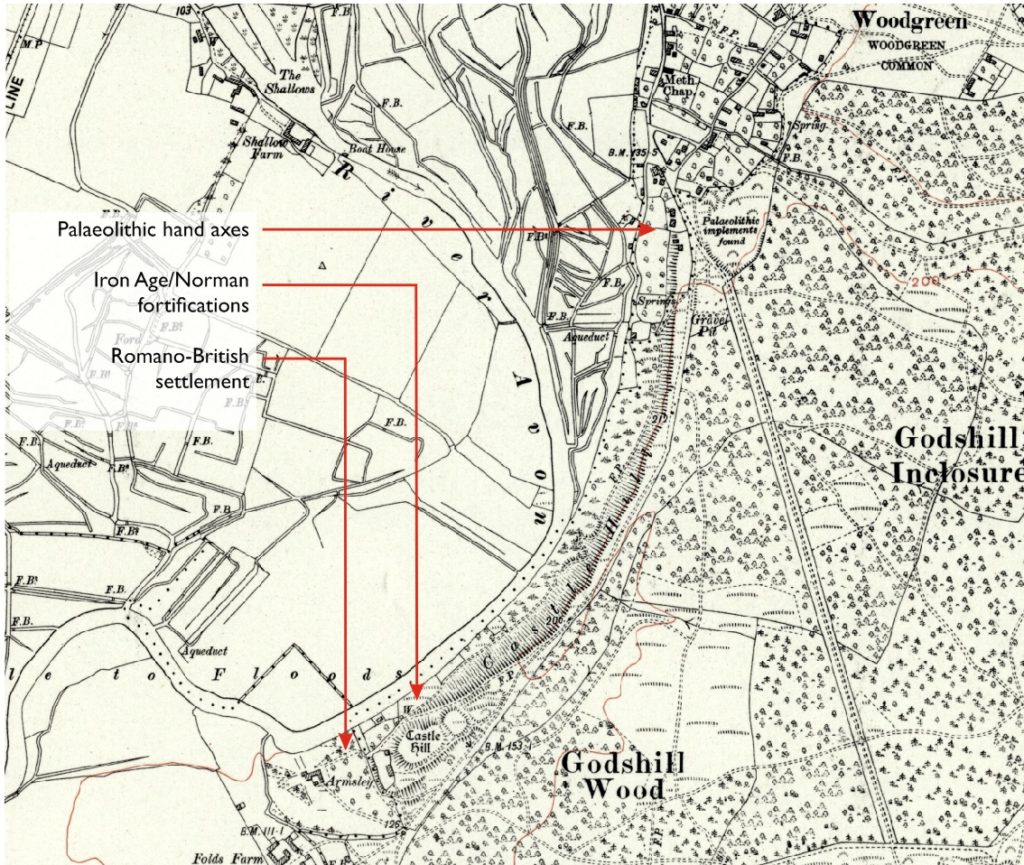 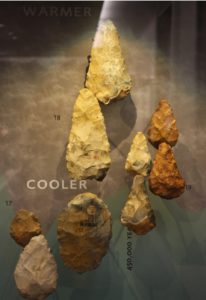 Palaeolithic hand axes from 450,000 years ago have been found in abundance around Woodgreen. This is the earliest evidence of human occupation in the area and the sophistication of the tools shows that our ancestors were highly skilled.

At this time, the climate was cooling towards a severe glaciation and soon people and animals moved out of the area entirely as an ice sheet advanced south. 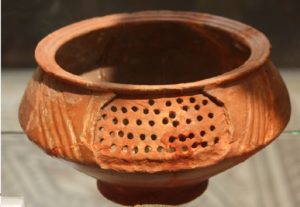 Iron Age and Roman pottery has been found at Armsley. This Romano-British bowl has a side strainer and was repaired with a lead rivet! The site was probably a small industrial settlement concerned with iron smelting and other metal working activities.

Salisbury and Winchester Journal, 2nd August 1856
Woodgreen: On Monday last, the annual tea meeting in aid of the Wesleyan Sunday School was held in the chapel, when about 250 persons sat down to tea. As the chapel was not sufficiently large to accomodate all at one time, a party of musicians from Alderbury, assisted by the Woodgreen friends, very creditably performed on the Castle Hill, a selection of sacred music for the entertainment of one portion of the company, whilst the others were partaking of “the cup which cheers, but not inebriates”.